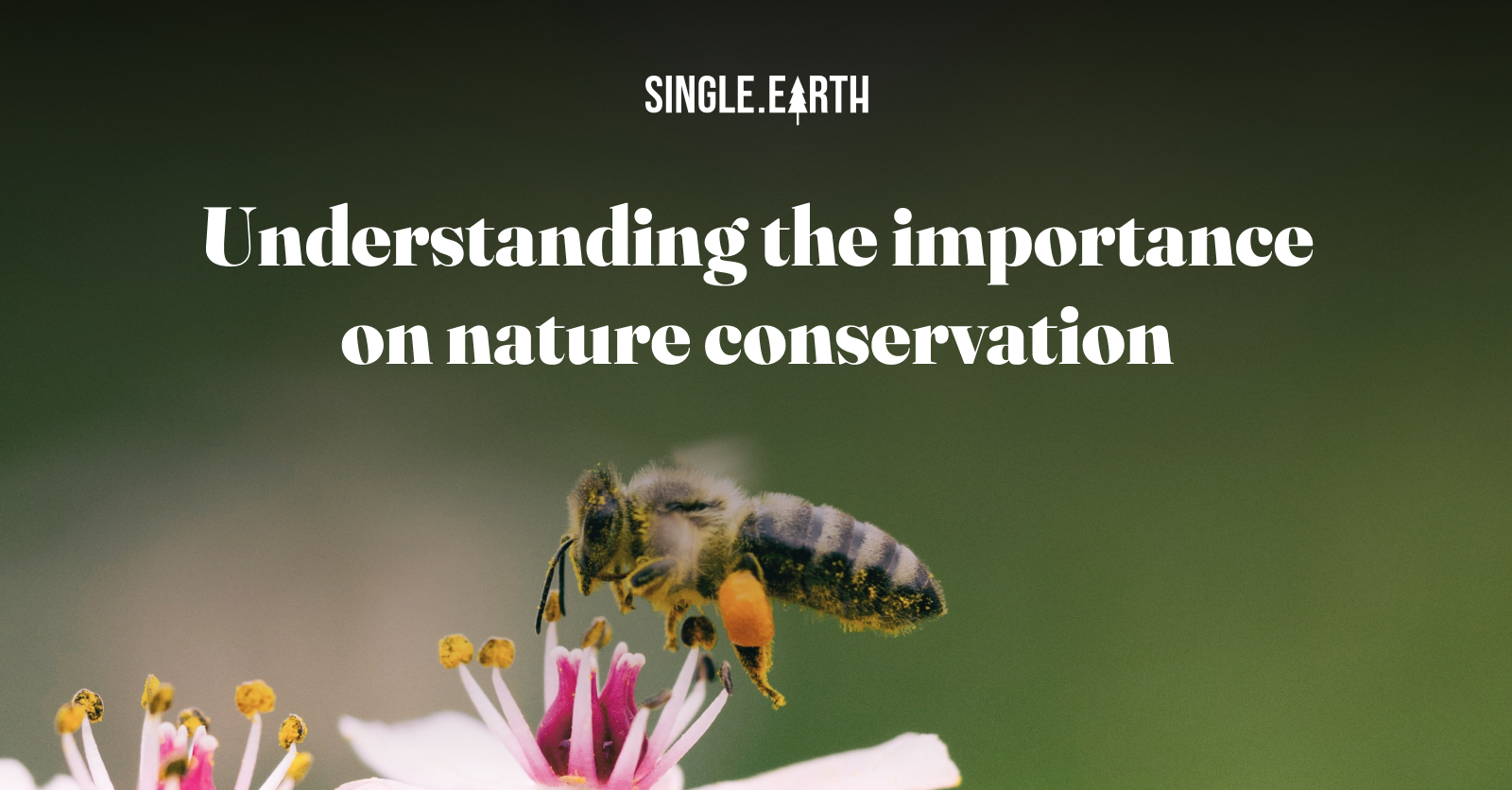 Habitats are constantly changing through naturally occurring dynamics and human influence. But while Earth’s ecosystems can manage natural change, human actions leave devastating or irreversible effects on the environment.

Earth has lost 60% of all terrestrial wildlife in the last 50 years and 90% of big ocean fish in the previous century. Humankind may be experiencing a mass extinction event, which is when 75 percent or more species are lost at a time.

That’s why nature conservation must be taken seriously.

Theodore Roosevelt, a former 20th-century president of the USA, once said: “The conservation of natural resources is the fundamental problem. Unless we solve that problem, it will avail us little to solve all others.”

His words help to demonstrate that nature conservation has been an important topic in the past and that now really is the last chance to take action.

Keep reading to learn about:

What is nature conservation?

Nature conservation is the care and protection of Earth’s natural resources for current and future generations.

Examples of nature conservation include:

These all contribute to mitigating climate change to various extents.

Nature conservation can take many forms:

What are the examples of conservation efforts?

Protected areas across the world have different names and rules.

Special Areas of Conservation (SAC) and Special Protection Areas (SPAs) make up Natura 2000 across Europe. Ramsar Wetlands are wetlands that are considered to be of international significance.

What is the difference between nature conservation and preservation?

While nature conservation and nature preservation are similar because the goal is to protect nature, the way of doing it differs. Preservation means protecting nature from human use, while conservation seeks a sustainable use of nature by humans with activities like hunting, logging, or mining.

Nature conservation is essential in protecting humans, animals, and plants as nature supports all life on Earth.

That is what nature conservation deals with: caring for and protecting the environment.

“Nature conservation not only ensures the protection of our ecosystems and millions of species that depend on them, but also contributes to the prosperity of the millions of people (especially in developing countries) that depend on nature for their survival: food, water, and protection against extreme events.” -- Karen Gonzalez Downs, Biodiversity and Natural Climate Solution Expert at Single.Earth

There are three main reasons for nature conservation.

Nature conservation is crucial to keeping Earth habitable for humans.

Climate change and biodiversity loss are two of the biggest threats to human survival. They’re connected, and one can’t be solved without the other, as everything in nature is connected.

Continued human population growth has led to unsustainable consumption rates of natural resources, resulting in a loss of Earth’s biodiversity.

Without quick action, likely outcomes by 2050 include:

Humankind’s survival also depends on maintaining the carbon cycle, as forests and oceans are one of the largest carbon sinks on Earth. Around 25% of global CO2 emissions are sequestered in forests, grasslands, and rangeland.

Near unbearable living conditions will arise if no serious changes are taken to protect nature. Without humans, Earth will rebuild. It’s people’s future on this planet that is under threat.

Nature conservation is crucial for many reasons which are all linked to humankind’s survival:

“Building the Earthsavers community for everyone passionate about halting climate change and biodiversity loss has clearly shown there are so many people who want to make a difference. They just don’t know where to start. By giving people the means, I’m certain together we can make a difference.” -- Avely Pütsep, Content Marketing Manager at Single.Earth

Wildlife conservation is protecting plant and animal species and their habitats. Biodiversity is at the heart of the world’s ecosystems.

Scientists estimate that current extinction rates are about a thousand times higher than expected based on the fossil record.

Yet, animals and plants are responsible for vital services like:

If an animal becomes extinct, it affects the whole ecosystem due to changes in the food chain, for example:

Forest conservation is vital to protecting nature as forests are home to over 60,000 different tree species, 80% of amphibian species, 75% of bird species, and 68% of mammal species.

“Biodiversity underpins all life on Earth and ranges from genes to plants, to us humans and even the differences among ourselves. All different forms of life have functions on our planet.

Animals can disperse seeds, enrich the soil, and pollinate our crops to create food. Plants, fungi, and trees provide us with medicine against diseases and absorb the carbon from the air to provide a stable climate. Trees and mangroves protect us against storms and floods and clean the air we breathe and the water we drink.

All this makes it safe for us people to live on Earth”. – Shaya van Houdt, Biodiversity and Natural Climate Solution Expert at Single.Earth

Conservation for heritage aims to educate and allow the environment to be enjoyed. Tradition and interpretation are two of the most popular areas of nature conservation heritage.

Tradition demonstrates that sometimes the old ways of nature conservation are efficient and can be helpful today.

Traditional conservation techniques include hedge-laying, coppicing, and dry stone walling. Often seen as labor-intensive, they can bring about the conditions for species to thrive and minimize damage to surrounding habitats.

Interpretation is a part of heritage and examines the distribution of species and habitats, which often provide clues about the past. Clues may be found showing the purpose of lands and how they were used, especially when combined with archaeological and archive records.

Just some examples of interpretation in nature conservation are:

Conservation of heritage can tell about history and show the benefits of those old traditional ways that still work for nature conservation.

How can we make a difference and conserve our environment?

Humans have already transformed the majority (70%) of the Earth’s land area. Land-use change and (over) exploitation of natural resources are pushing us to the verge of irreversible climate change and biodiversity loss.

A change needs to happen, fast.

The UN message is that 30% of biodiversity will have to be protected by 2030. “At least 30 percent of terrestrial and inland water areas and 30 percent of oceans must be conserved through an effectively and equitably managed, ecologically representative, well-connected systems of highly protected areas and Other Effective Area-Based Conservation Measures.” says the Joint Statement on Post-2020 Global Biodiversity Framework.

Single.Earth, a GreenTech company, was founded to stop biodiversity loss and climate change by enabling everyone to contribute to nature conservation. Earth's health will be connected to wealth with nature-backed MERIT tokens to make real change happen.

To support this vital connection between nature and the economy:

“There’s no time for idealistic solutions. Single.Earth is building a nature-backed economy that fits into our lives. The first part is paying landowners for protecting and maintaining the ecosystem that makes this planet habitable for us humans. The second part is turning the economy upside down. We need to shift from a world based on economic growth to a world where the economy is built on how much nature can provide us.” -- Merit Valdsalu, co-founder and CEO of Single.Earth said in her TedX speech.

Single.Earth's platform for landowners is a way for a landowner to:

Single.Earth will enable everyone -- people, businesses, institutions, landowners -- to unlock a transformational change by contributing to nature protection.

“Single.Earth empowers landowners to participate in nature conservation while preserving their lands to enhance ecosystem services, protect biological diversity, and help maintain a healthier environment. Helping conserve our natural resources and preventing further destruction can lead to the wellbeing and longevity of our planet.” -- Donalda Karnauskaite, Head of Research at Single.Earth

There is still a chance to keep nature thriving

If you’re interested in learning more about nature, sustainability, and halting climate change and biodiversity loss, Single.Earth’s blog is for you. Why not give The Evolution of Our Climate as Described by David Attenborough or a Complete Guide to Forest Conservation From Importance to Methods a read next? 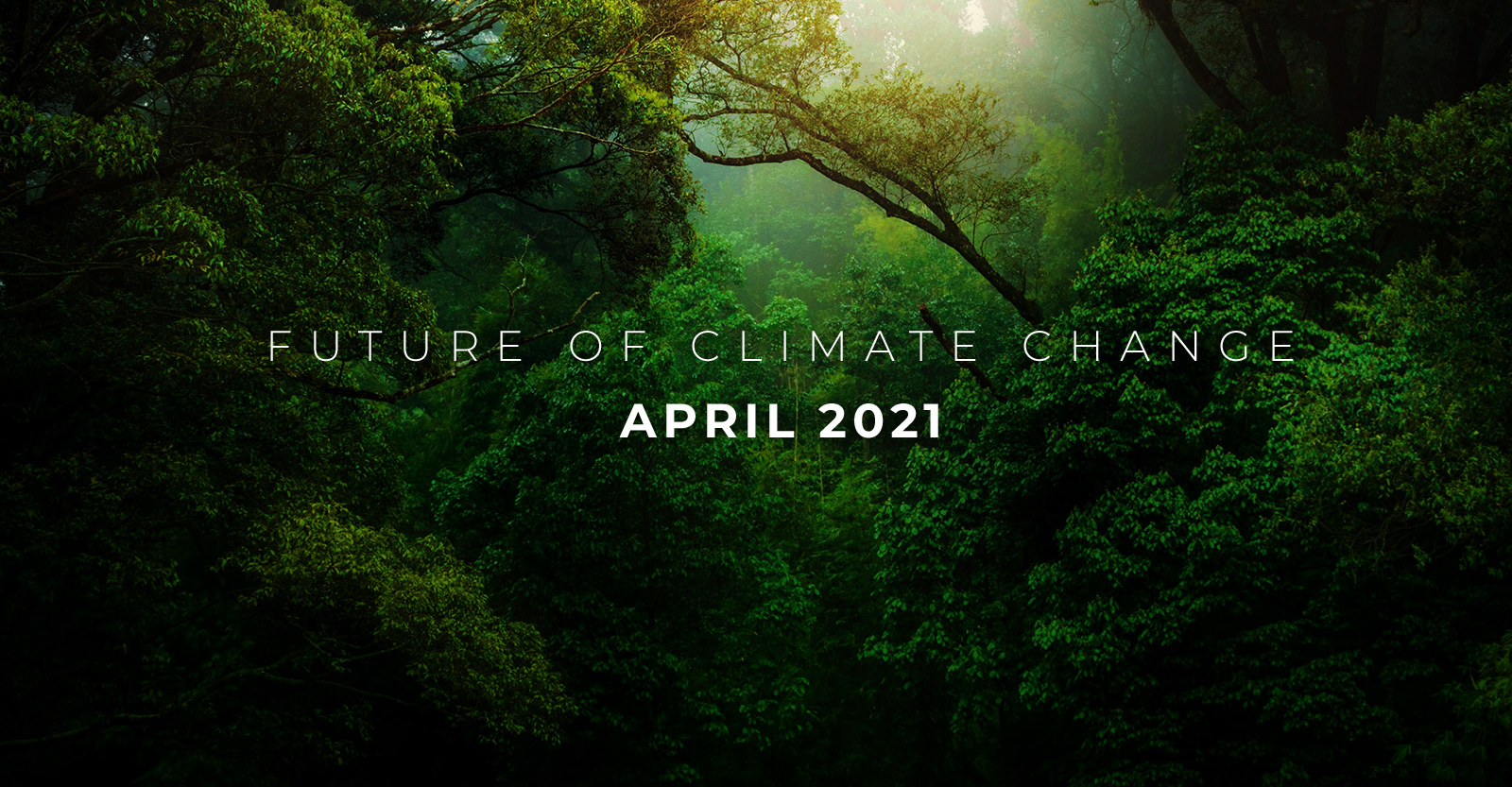 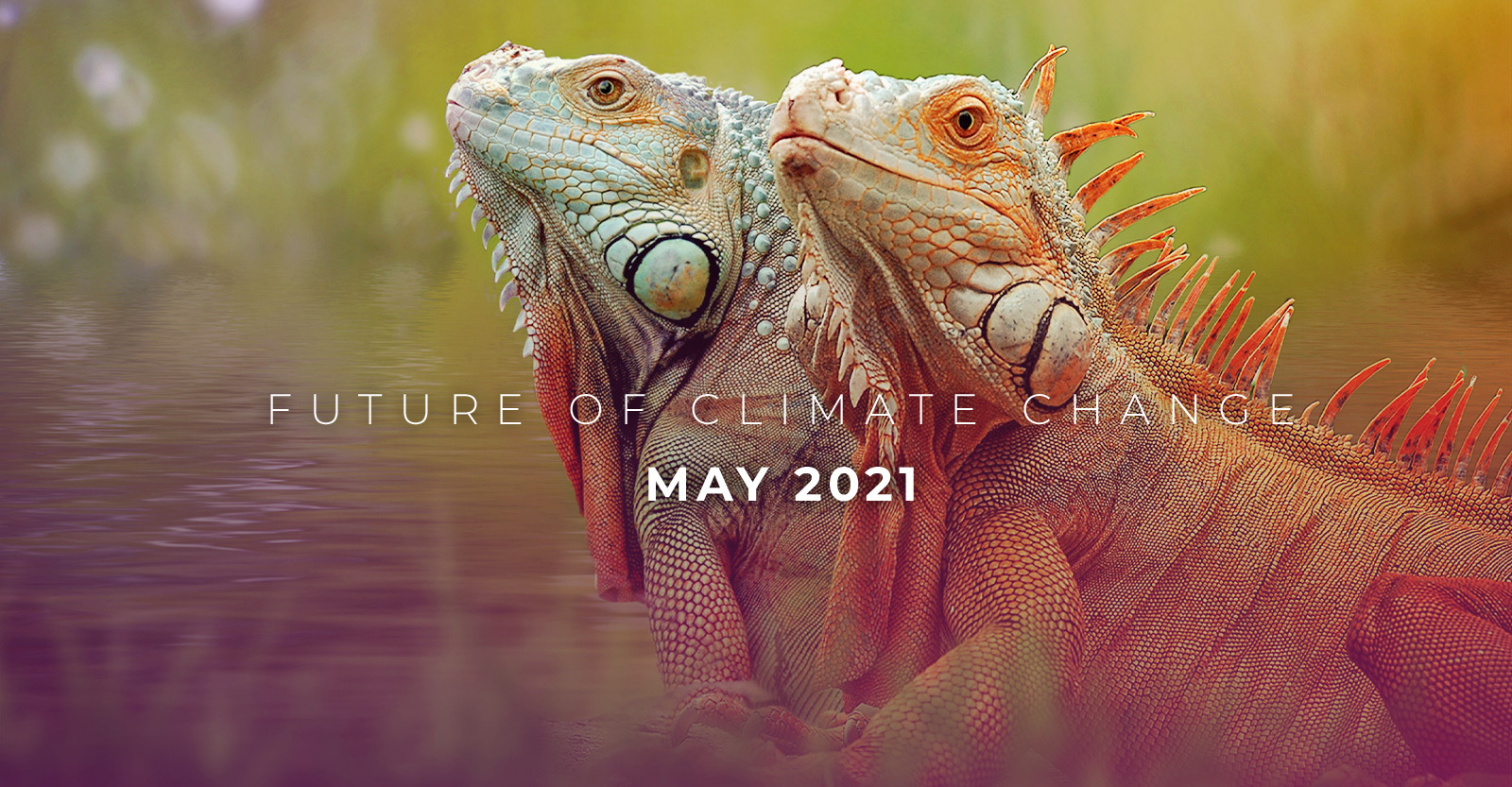 The Future of Climate Change: 5 Highlights of May 2021 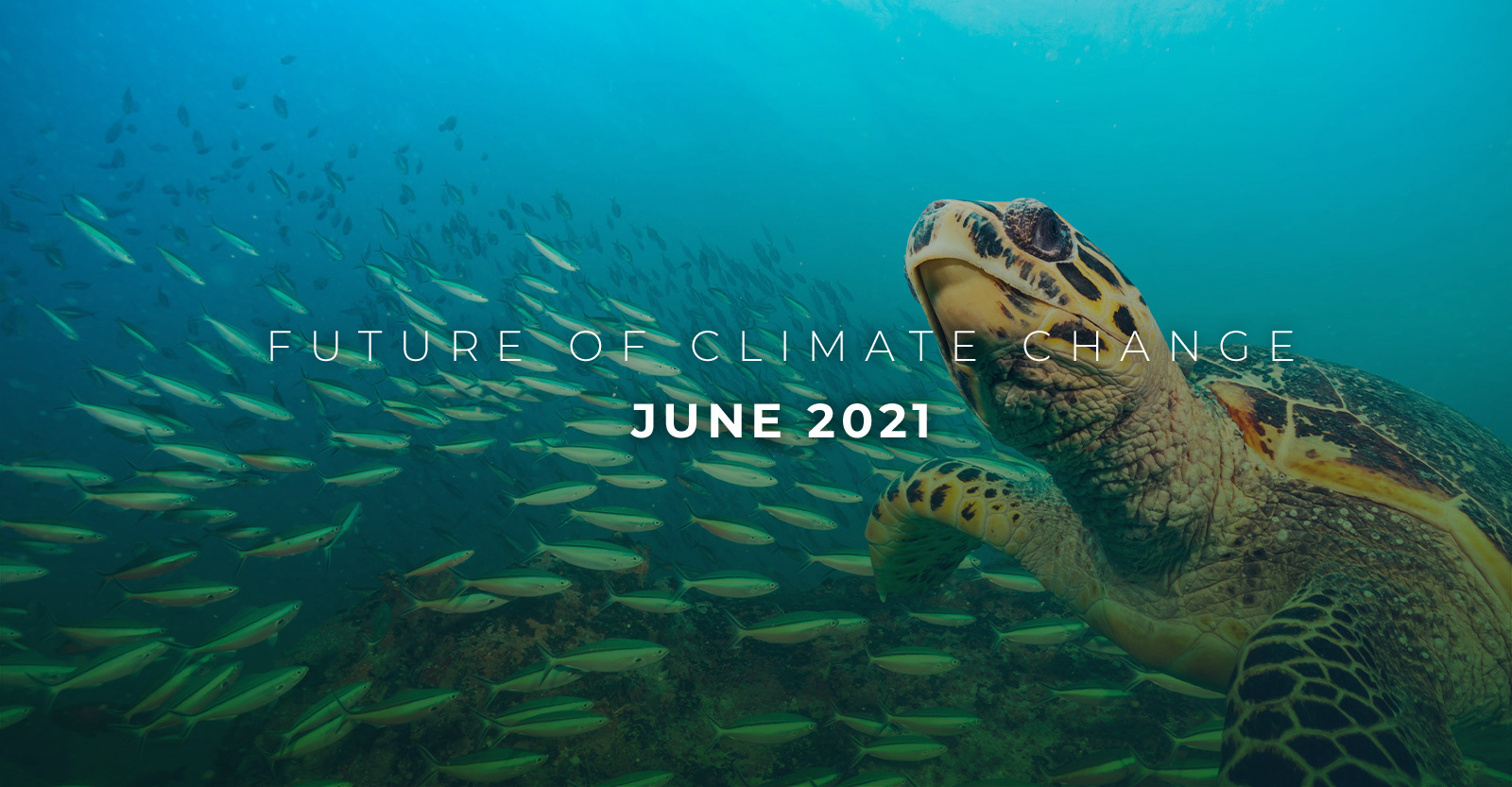