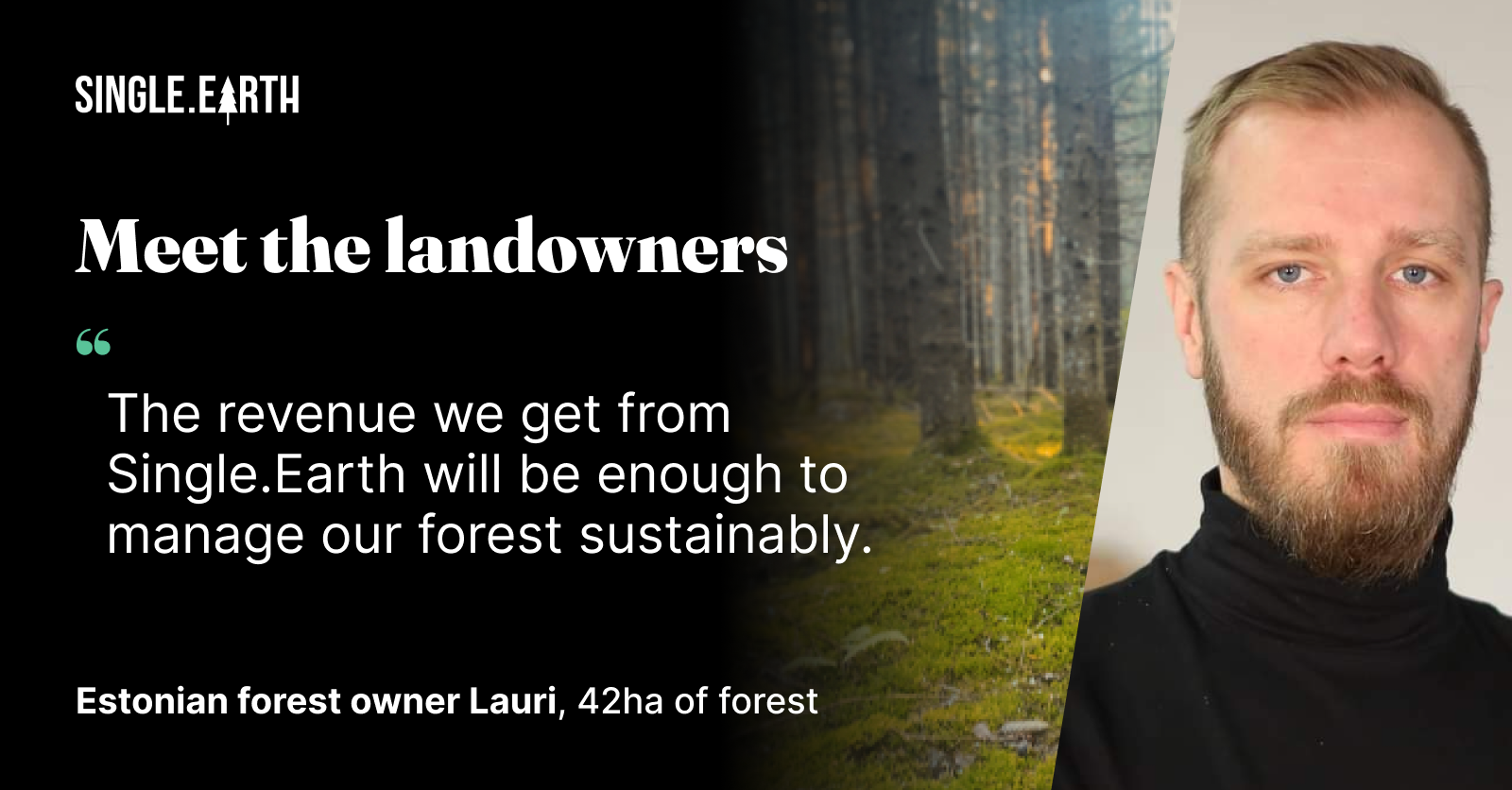 Estonian forest is preserved thanks to Single.Earth: earning money for nature protection

We’re losing forests in Europe at an alarming rate as forest owners face the pressure to do intensive harvesting or clearcut. Yet protecting biodiverse forests is more crucial than ever: climate change and biodiversity loss are the biggest threats to humankind’s survival on Earth.

Many landowners want a way to earn income from their land without clearcuts or extensive cutting.

Meet Lauri, a forest owner in Estonia with the same wish.

Before Single.Earth, Lauri didn’t have a chance to keep his forest intact and manage it sustainably, all while earning income from it.

For a landowner in Estonia, the primary way to earn money efficiently from a forest is extensive harvesting or clearcutting. That’s because in the current economic model, nature mainly only has value when it’s destroyed: for example, timber extracted from forests.

Lauri, like many other forest owners, understood that any extensive cutting harms the planet that’s already in a fragile situation. “We’ve been postponing cutting the trees for years while most neighbors have opted for clearcutting where possible,” said Lauri.

Lauri was after a solution that

Lauri has followed Single.Earth’s journey since the company was founded in 2019. When the solution for landowners was ready, he wanted to be among the first to join Single.Earth in the small European lands category.

Lauri’s goal was to earn enough money from his land so he wouldn’t have to do extensive harvesting and could keep his forest safe. With the money he earned, his forest was kept intact.

Thanks to Single.Earth, his forest will continue to:

Lauri was eager to keep his forest standing as it’s home to many species: foxes, rabbits, roe deer, occasional elks, storks, common cranes, and many more. The forest is also meaningful for his family as that’s where they live and plan to build a new sustainable home with the help of money earned through Single.Earth.

Get paid for forest preservation

Single.Earth works with landowners to preserve natural ecosystems and avoid nature destruction. Forests and other natural resources will become the currency of the future.

It’s forest owners like Lauri who give hope for a greener future. “We’ve been in contact with Lauri for a long time and his feedback has been really helpful. We’re building our solution for landowners, so their thoughts are invaluable”, said Kaspar Põder, Single.Earth’s Sustainable Forestry Manager.

Join Lauri and other forest owners and become our discussion partner on “How can we protect nature together?” 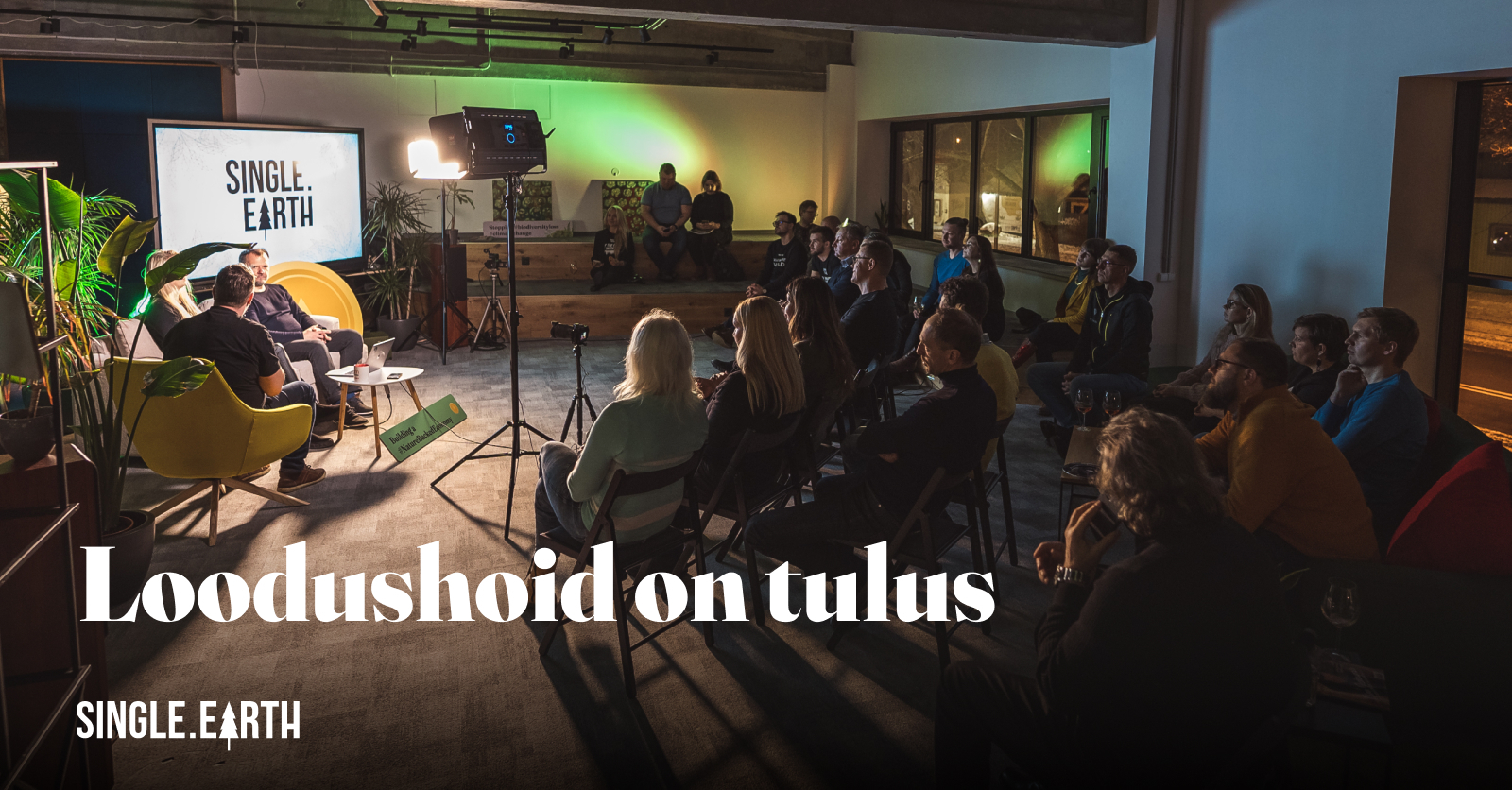 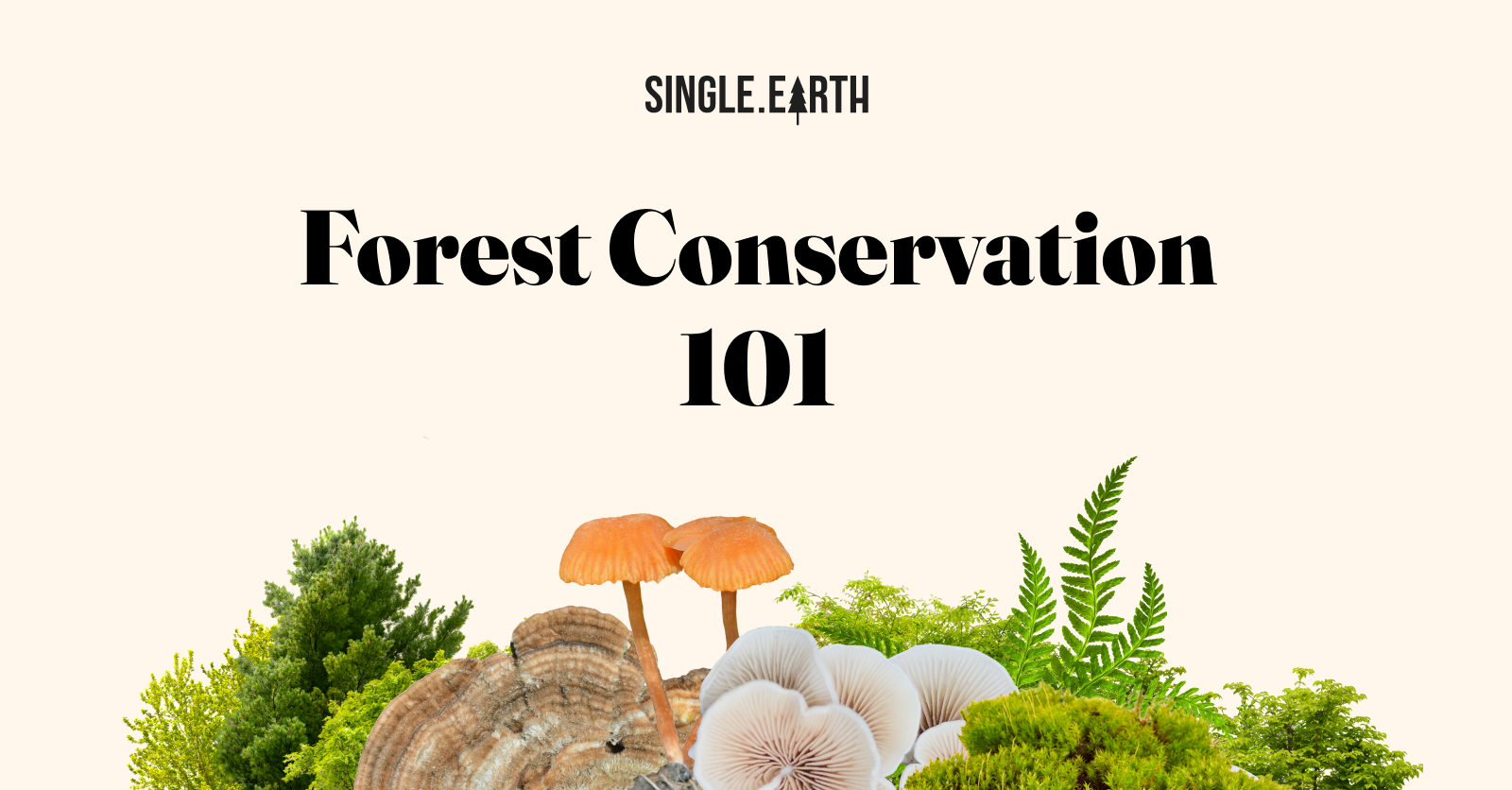 Complete Guide to Forest Conservation From Importance to Methods 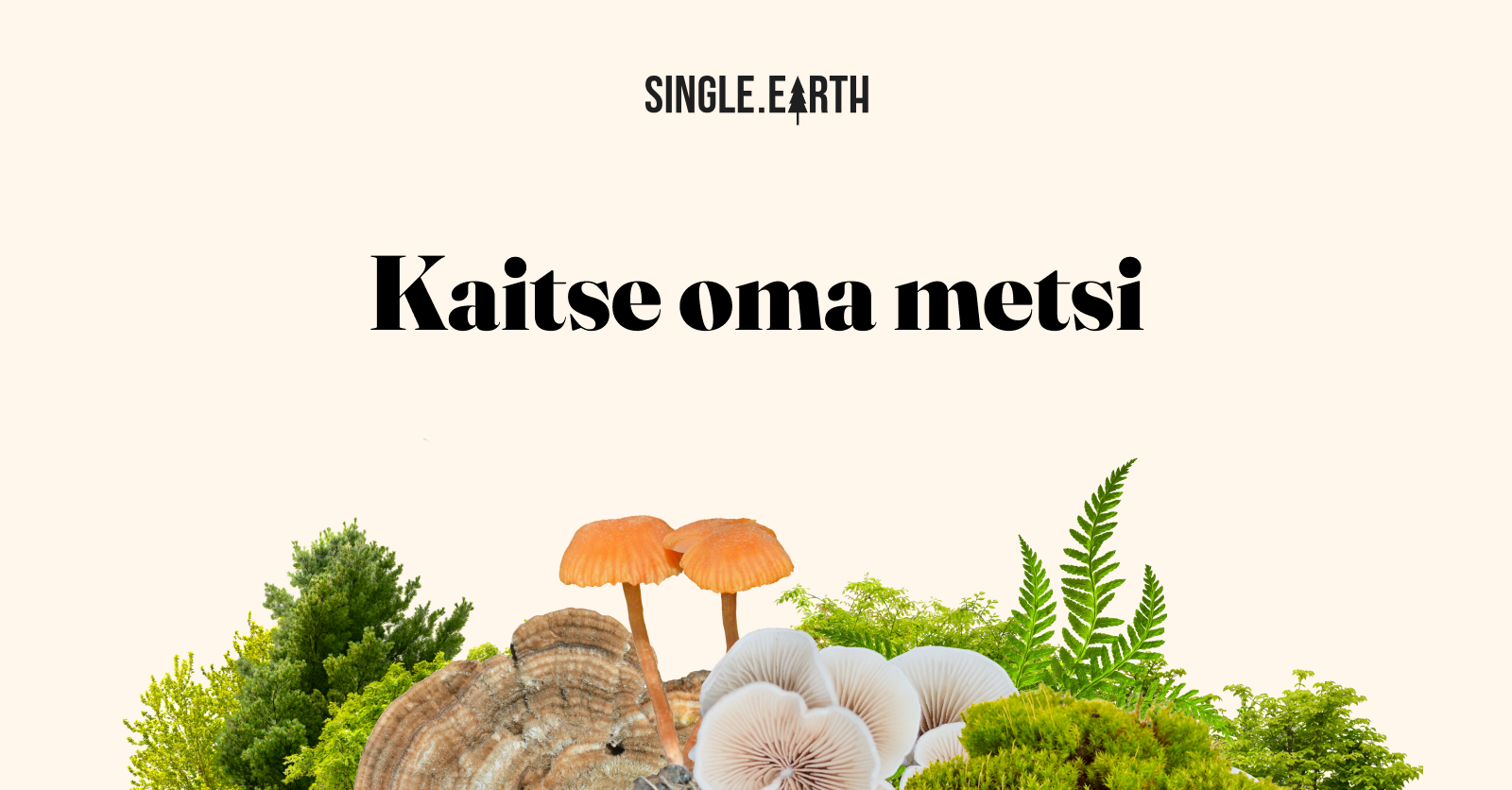